Leila Lopes from Angola won the coveted title of Miss Universe 2011 during the 60th anniversary of the world’s biggest beauty pageant.

Before the contest began, judges offered little insight into who they thought might win that evening.

About 89 candidates from six continents vie to win the title of the world’s biggest beauty pageant.

After series of elimination rounds, the top 16 Miss Universe bets are from the following countries:

The first runner-up was 23-year-old Olesia Stefanko of Ukraine and the second runner-up was Priscila Machado of Brazil. The third was Miss Philippines, Shamcey Supsup and the fourth is Miss China, Luo Zilin. 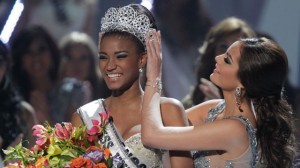