Djokovic improved to 64-2 with 10 tournament titles in a simply spectacular year for the Serb.

Nadal a 10-time Grand Slam title winner, slumped to his sixth defeat in six meetings in 2011 against Djokovic.

Djokovic attributes his surge to a variety of factors, including a vastly improved serve, better fitness, owing, at least in part, to a gluten-free diet he doesn’t like to discuss in any detail, and a seemingly endless reservoir of self-belief dating to December, when he led Serbia to its first Davis Cup title.

“It’s an incredible feeling. I’ve had an amazing year. To play Rafa is always a great challenge and I hope we have many more tough matches in the years to come,” said Djokovic of Nadal. 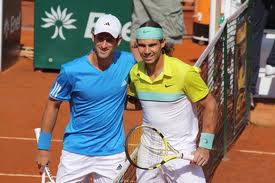