Exhaust from airplanes cause 2,000 deaths annually while emissions from the energy and industrial sectors and pollution originating from Europe bring the overall total up to 19,000 deaths per year in Britain.

In contrast official figures state that 1,850 people were killed as a result of road accidents in 2010.

According to the Massachusetts Institute of Technology, more than 5,000 people die prematurely from conditions like lung cancer and heart disease because of emissions.

Prof. Steven Barrett, who led the study, said, “It does appear to be the case that air pollution from road traffic causes more deaths per year than the number who die on the roads.

The researchers made their estimates by comparing models of how gases circulate in the atmosphere against health statistics and the results of clinical studies.

Separate research by scientists from the Harvard School of Public Health claims that long-term exposure to air pollution raises the risk of various health problems in our later years. 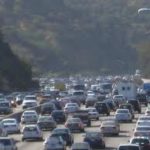