Researchers from Canada, Scotland and Australia found the ingredient in aspirin that may give cancer protection but without the dangerous side effects, such as the increased risk of stomach bleeding.

In a major breakthrough, researchers have isolated the ingredient salicylate, a compound that aspirin breaks down into after it’s ingested, as the key cancer fighting component.

Cancer sufferers have been given hope of an improved treatment after scientists made a key breakthrough in identifying how aspirin protects against the disease.

More recently its efficacy in preventing heart attacks and strokes in high-risk patients has been well documented and now it is giving hope to thousands of cancer patients.

He found this ingredient activated an enzyme called AMPK which is involved in how the body breaks down fat and plays a role in cancer and diabetes.

He concluded that it is specifically salicylate and not aspirin itself that switches on the key cancer-preventing enzyme.

A team led by Dr. Greg Steinberg at McMaster University followed up on the research by testing salicylate on mice.

They found it increased fat burning and reduced liver fat in obese mice with the AMPK enzyme but not in those without, confirming the Dundee study findings.

Professor Hardie, said: ‘Aspirin has many beneficial effects but, despite it being used in humans for over 100 years, we are still finding out how they come about.’

An aspirin derivative called salsalate, has shown promise as a treatment for insulin-resistance and type 2 diabetes, but doesn’t appear to work via the AMPK enzyme.

This suggests that aspirin potentially works through a number of different pathways and that its anti-inflammatory effects may work on different targets to those that protect against cancer.

This could pave the way for cancer drugs with fewer side effects. 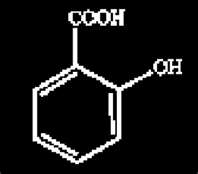