Referring to the space rocks, a researcher of NASA has made the controversial claim that they’re fossils of extraterrestrial life, where the gaps and stringy fibers look like bacteria.

The story became viral on the internet over the weekend. However, NASA and its top scientists disowned the work.

Biologists said just because it looks as though the holes were made by bacteria doesn’t make them fossils of extraterrestrial microbes.

The meteorites could be riddled with earthly contamination. And both astronomers and biologists complained that the study was not truly reviewed by peers.

Richard Hoover was the NASA researcher who caused the stir. The work appeared in an online journal that raises eyebrows because even its editor acknowledges it may have to shut down in June and that one reason for publishing the controversial claim was to help find a buyer.

Rudy Schild, a Harvard astronomer and editor-in-chief of the journal, said the study was reviewed by scientists, but he wouldn’t identify them. Schild said the idea was to garner attention and generate debate.

Schild said criticisms of Hoover’s paper “are legitimate” but that he agrees with Hoover’s conclusion.

“There has been no one in the scientific community, certainly no one in the meteorite analysis community, that has supported these conclusions,” NASA Astrobiology Institute Director Carl Pilcher said Monday of the latest work.

Other scientists say Hoover, who has worked for NASA in solar physics but now bills himself as an astrobiologist, doesn’t have the proper expertise. “Anyone can call himself an astrobiologist. That doesn’t make it so,” said Pilcher, the astrobiology institute director.

Seth Shostak, an astronomer who searches for intelligent alien life, desperately wanted to believe the reports. But when he read the Hoover study, he ended up disappointed.

“It looks very, very doubtful, which is a shame from several points of view,” said Shostak, a senior scientist at the SETI Institute in California. “But that’s the way science is. People make claims that often don’t hold up. That’s the nature of science.” 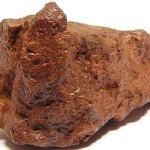