Prince William will visit Australia and New Zealand on behalf of the Queen following invitations from the prime ministers of New Zealand and Australia.

He will be going to the areas recently devastated by natural calamities, according to St. James’s Palace.

Prince William will also meet members of the emergency group who are dealing with the disasters.

His visit on March 17 to 21 will take him to Greymouth, near the site of the Pike River mine disaster in New Zealand in which 29 people died; to Christchurch, New Zealand, where more than 160 people died in an earthquake last month; and to Australia, where he will visit areas hit by flooding in Queensland and Victoria.

He will not be accompanied by his future bride, Kate Middleton in the forthcoming trip. A St. James’s Palace spokesman said: “The Royal Family have been watching the natural disasters with the same shock and sadness as everyone else.”

“They wanted to show their solidarity with the people of New Zealand and Australia, and the decision was taken with the prime ministers’ offices and the royal household that Prince William should attend and visit the countries.” the palace spokesman added. 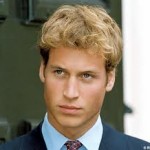