With the advent of cheap solar panels and high efficiency LED lights which can light a room with just 4 watts of power, these small solar systems deliver useful electricity at a price that even the poor can afford.

Renewable energy technologies designed for the poor include simple subterranean bio-gas chambers that makes fuel from the manure of a few cows and mini-hydroelectric dams that can harness the power of a local river for an entire village.

Investors are reluctant to pour money into products that serve as a dispersed market of poor rural consumers because they see the risk as too high.

In India, Husk Power Systems, a company supported by a mix of private investment and non-profit funds, has built 60 village power plants in rural areas that makes electricity from rice husks since 2007.

In Nepal and Indonesia, the United Nations Development Program has helped finance the construction of very small hydroelectric plants in remote mountain communities.

Morocco provides subsidized solar energy home systems at a cost of US$100 dollars each to remote rural areas.

What has most surprised some experts in the field is the recent emergence of a true market in Africa for home scale renewable energy.

As the cost of reliable equipment decreases, families have proved ever more willing to buy it by selling their agricultural produce or borrowing money from a relative overseas.

The proliferation of cellphone use in rural Africa has been an enormous motivator. Due to Lack of banks, the cellphone has been embraced as a tool for commercial transactions as well as personal communications.

The cheap renewable energy systems also allow the rural poor to save money on candles, charcoal, batteries, wood and kerosene.

In Tunsifu, Kenya, small scale dairy farmers are benefiting from an underground tank in which manure from just 3 cows is converted to biogas, which is pumped through a rubber hose to a gas burner while in Kiptusuri, also in Kenya, solar panel that can be placed in a window or on a roof and is connected to a desk lamp and a phone charger is a ‘must have’ item in the area. 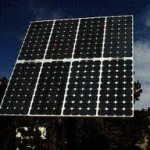 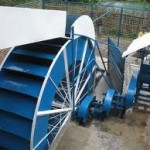 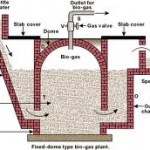