A survey has been set out to find the unexplored depth of the ocean, of what it is in store for there now and in the future.

An estimated 16,764 species of fish had so far been described while the rest of the estimated 5,000 has yet to be discovered.

Scientists had found some species where it was thought extinct 50 million years back while other discoveries were less encouraging.

About 40 percent of plankton at the ocean floor food chain has disappeared in the last three decades which it was put down to a rise in ocean temperatures. Sharks have disappeared from 99 percent of some areas.

The survey was formally launched in London with more than 300 people participating in the gathering of data and sharing its results.

The study had offered an unprecedented picture of the diversity and proliferation of all kinds of marine life, from microbes to whales, from the temperate poles to the warm tropics, from the shallow shores to the deepest abyss.

Marine life has been estimated to be more than 1 million species in the oceans, with the rest approximately three quarter has yet to be discovered.

The survey establishes a reference where the changes made in the 21st century can be monitored. Things that had been discovered like new species, mapped marine highways, rest stops and changes in species, all of them were painstakingly documented.

The research has been participated by more than 2,700 scientists, 670 institutions, more than 540 expeditions, about 9000 days at sea, nearly 30 million observations and a 120,000 of the species were done.

The US$ 650 million research has found more than 6,000 new species and found some other species which were considered rare were actually common.

According to Australian Ian Poiner, chair of the census steering committee, the researchers systematically defined for the first time both the known and the vast unknown, unexplored ocean.

The survey documented a changing marine world, richer in diversity, more connected through distribution and movements, more impacted by humans and less explored than was expected.

The researchers used sound satellites and electronics to track migratory routes. They affirmed that by weight up to 90 percent of marine life is microbial.

The survey shows where the explorers have not yet done any search. More than 20 percent of the ocean’s volume, the database has no records at all and they have only few for large areas.

So enormous are the seas indeed, much of the marine world has still remained to be explored. 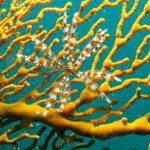 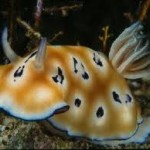 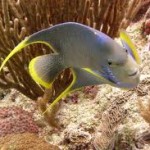