The waters off China, the Mediterranean Sea and the Gulf of Mexico have been featured in the the top five regions in terms of biodiversity according to the preliminary census published in the open access Public Library of Science. It is a result of a 10-year project by 360 scientists at a cost of US$ 650 million dollars.

Crabs, lobsters and other crustaceans represent the common species in the world’s seas and the waters of Australia and Japan are the most diverse, referring to a vast inventory of marine life. Australian and Japanese waters each almost has 33,000 forms of life that have earned the status of species.

The scientists combined information would have been taken centuries to collect but it was obtained in just a decade long census. The aim is to create a list of species in 25 regions, from the Antarctic to the Arctic through the world’s temperate and tropical seas.

The inventory will be complemented with information from Indonesia, Madagascar, Arabian Sea and the Philippines which is still being collected.

“The ocean is simply so vast that after 10 years of hard work, we still have only snapshots, though sometimes detailed, of what the sea contains,” according to Nancy Knowlton of the Smithsonian Institution and leader of the census project on coral reefs.

So far, the study has found an average of 10,750 known named species in a given region, and the census takers believe that for every known species, there at least 4 yet to be discovered.

The findings have shown that crustaceans are the most numerous. Around 20 percent of all marine life are crustaceans, followed closely by mollusks (squid, octopi, clams, snails and slugs) which make up 17 percent of species in the sea.

The fish family including sharks are at 12 percent while the single cell microorganisms from the protozoa family, algae and other plant like organisms are tied at 10 percent each.

Popular marine mammals like the whales are included in the ‘ other vertebrates category’ which consist only at 2 percent in marine biodiversity.

The relatively isolated waters of Australia, New Zealand, Antarctica and South Africa have the largest number of endemic species or those unique to that region.

In contrast, the Mediterranean Sea had the most ‘alien’ species. Over 600 species or 4 percent of those inventoried were originally from elsewhere but most had come from the Red Sea through the Suez Canal.

The Mediterranean is one of the two regions most threatened by human activity, overfishing and pollution. The other one is the Gulf of Mexico where the inventory has been made prior to the BP oil spill disaster.

“Marine species have suffered major declines, in some cases 90 percent losses, due to human activities and be heading for extinction, as happened to many species on land,” said Mark Costello of the University of Auckland, New Zealand.

The main reason of compiling the inventory of marine life was to catalog species that are in danger of extinction. 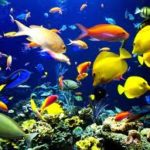 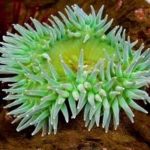 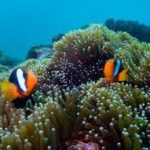