Biodiesel has often been hailed as a possible solution to reducing our reliance on fossil fuels.

Biodiesel derive from either plants or used cooking oil is dense, and chemically similar to fossil fuels that we presently use, so its usage could easily be adaptable in large engines.

Some trains, cars and even aircraft already run on the fuel.

It has been observed that most vehicles that use biodiesel use reprocessed cooking oil , which is too expensive, and too scarce to work on a large commercial scale.

To make a real impact for biodiesel, it would have to come directly from plants.

Researchers from the University of Stanford in California say that the chemical process to produce cheap plant-based biodiesel could be within reach.

Producing viable biodiesel from plants is a complicated process, and so far, there has not been a viable way to mass-produce the substance from plant oil.

But recent experiments with E coli have hinted that the bacteria, commonly found in the intestines of mammals, and in some strains, responsible for food poisoning, could be the key.

E. Coli can convert plant sugars into fatty acid derivatives, a chemical more similar to soap, but a good precursor of workable fuel.

But scientists were unsure whether the bacteria had enough chemical factor or ingredient to be commercially viable.

The Earthrace ‘bioboat’ was powered entirely by biodiesel, but it’s not been commercially viable on the large scale due to the difficulty of producing the fuel directly from plants.

Stanford professor Chaitan Khosla investigated whether there was a theoretical ‘limit’ to the amount E. Coli can help to turn sugar into a fatty acid derivative, i.e. whether the bacteria really does have the power to unlock fuel from ordinary plants.

It appears the answer of their subjected investigation is in the affirmative, according to a report published in Proceedings of the National Academy of Sciences.

‘The good news is that the engine that makes fatty acids in E Coli is incredibly powerful,’ said Khosla. ‘It can convert sugar into fuel at an extraordinary rate.’

But this process is tightly controlled by the bacteria, and fuller understanding of the biochemistry of E. Coli willl be required.

Khosla’s team are already working on , having isolated the molecular engine that produces fatty acids in a lab environment.

‘We want to understand what limits the ability of E. Coli to process sugar,’ said Khosla.

So far, it appears that the bacteria limit the production to stop themselves being hurt by the fatty acids they produce.

The ‘defenses’ it uses are highly effective, but researchers are already working on manipulating the bacteria to produce more.

If successful, biodiesel could suddenly leap from being a novelty to being a viable, commercial fuel.

‘It is closer to a barrel of oil from Saudi Arabia than any other biologically derived fuel,’ said Khosla. 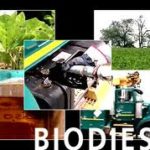