The early knock-out by Nonito Donaire on Wladimer Sidorenko whose career has not been stopped by any fighter except by Donaire has sent signal to the boxing world that he is indeed a top boxing pound for pound contender to reckon with.

Though he has not fought big names after he has made a sensational knock out in the fifth round on the then undefeated champion Vic Darchinyan four years back.

That knockout performance of Donaire to Darchinyan has reverberated to the senses of every boxing aficionados and earns the respect of boxing analysts who considered Donaire to be one of their top ten pound for pound boxer on their listing.

With his outstanding performance in disposing Sidorenko, no doubt that Donaire is back on track in his quest to boxing stardom as the most probable heir apparent of Manny Pacquiao.

Like Pacquiao, Donaire has the tools, discipline and the desired motivation to one day become a superstar in his own right in boxing. His fighting style is superb, by balancing offense with defense that makes him a classy, patient and a thinking fighter at that.

He knows exactly how to breakdown his opponent and it is that what matters in boxing in order to be in line with the elite boxers. This is necessary as part of the boxer’s strategy to make necessary adjustments to cope up with any eventualities inorder to win fights.

His scheduled meeting with Fernando Montiel, the WBC and WBO Bantamweight title holder on February 19, 2011, if ever it will be pushed through is Donaire’s shining moment in becoming a big star in boxing. 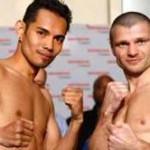 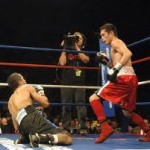