Norovirus cases since July are up almost 20 percent on the same period last year, the figures released by the Health Protection Agency (HPA) show.

The outbreaks at hospitals have more than doubled with 35 reported in the past two weeks, according to new figures.

It is predominantly a winter bug, with cases usually beginning to escalate in November and drop during the following spring.

The bug is highly contagious meaning it is easily passed around in hospital settings where wards contain large numbers of patients, many of whom have weakened immune systems.

It can be transmitted by physical contact with an infected person, by eating or drinking contaminated food or water, or by contact with surfaces or objects housing the virus such as bed frames.

In healthy people the symptoms of vomiting and diarrhea, and possible high temperature, headache and stomach cramps, usually pass in a day or two with no long-term effects but in patients who are elderly, very young or extremely ill it can be fatal.

There is no treatment other than letting the illness run its course, although people who are sick should drink regularly to replace lost fluids, doctors said.

Health officials said 35 outbreaks of the winter vomiting bug in hospitals have been reported in the last two weeks, resulting in the closure of 27 wards as a precaution to prevent the spread of infection.

The total number of confirmed cases in England both in and outside hospitals since July is 1,607, an increase of 19 per cent on 2010.

Officials said the total reflects a fraction of the overall number of cases because many patients will not go to the trouble of sending samples to a lab for analysis.

The Royal College of GPs say the virus has not been a major problem so far this year – although outbreaks can occur very quickly, as the complaint is extremely infectious.

The virus spreads rapidly in closed environments such as hospitals, schools, nursing and residential homes. 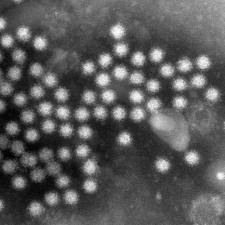