While Djokovic advances to the third round, the fourth seed Andy Murray has made a premature exit when he lost to 92nd-ranked Spaniard Guillermo Garcia-Lopez, the second year in a row the Briton was eliminated in his opening match at Indian Wells.

Djokovic who was champion here in 2008 and 2011, breaks Kazakhstan qualifier Andrey Golubev serve twice in each set to dispatch him in one hour and twenty minutes .

The five grand slam champion, will next face South African Kevin Anderson, who benefited from a walkover when Germany’s Philipp Kohlschreiber withdrew due to an unspecified illness.

Roddick will take on Berdych in the third round. 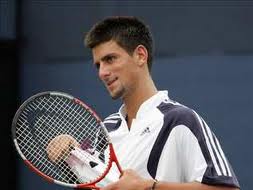