World no. 1 Novak Djokovic’s dominant season has been curbed in Cincinnati this month, when inflammation in his right shoulder forced him to retire from the final against Andy Murray.

According to Djokovic, he doesn’t expect the shoulder to be a problem during the US Open.

The Serb said that he thinks it was the right decision to retire his match with Murray, because he needed not to risk anymore, any further major injuries.

“So I decided to take some time off and went to MRI and everything is fine.”

He’s especially pleased to be at full strength for Flushing Meadows, where a runner-up finish to Rafael Nadal last year was the springboard to his 2011 success.

But while Djokovic said he felt on top of the world both on and off the court, he expected to have to keep fighting to hold onto his number one status in tennis. 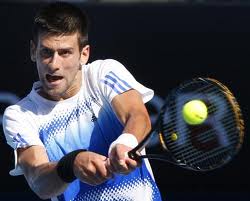