“It was difficult to play in the wind, but it was the same for both of us,” said Djokovic.

“I never expected an easy match against him on his favourite surface. I felt I started hitting the ball better. I found my rhythm.”

Second seeded Rafael Nadal mercilessly dispatched fellow Spaniard Marcel Granollers 6-1, 6-1 as they advance to the quarter-finals of the Italian Open.

Gasquet goes on to face David Ferrer in the quarter-finals after the Spaniard beat French 11th seed Gilles Simon 6-0, 7-6, (7-5). 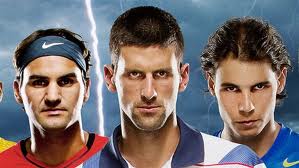