Keith Pearson, the chair of the National Health Service (NHS) Confederation in the UK, highly recommend stringent recruitment standard for nurses who must be responsive to their patients’ needs.

Although he would say it is ‘a myth’ that nurses are ‘too qualified to care’, because many patients require a high level of clinical skill, he is expected to advise, ‘universities and employers need to do more work to make sure that current and future staff, not only have the relevant academic qualifications, but also the ‘compassionate values’ needed to provide patient centered, dignified care.’

Nurses need to understand that the profession is now more about caring than curing and should be recruited for their ‘compassion’.

They should be hired for their personal ‘values’ to stop ‘unacceptable instances’ of poor care where vulnerable patients are left in a distressing state, Pearson would tell the Royal College of Nursing (RCN).

Pearson, who will become chair of the new organization Health Education England next month, cites some examples of poor care are ‘cropping up far too often’ and should not be dismissed as ‘isolated incidents’.

He would highlight the case of a Bolton man, diagnosed with advanced bowel cancer, who was unable to ask for help to go to the lavatory ‘because he was so dehydrated he could not speak properly’, and was discharged with insufficient painkillers, which in any case ‘he was not unable to swallow’.

On other hand, Ed Miliband, the Labor leader, praised nurses at the organization’s annual conference in Harrogate, saying poor nursing ‘offends you more than anybody’.

‘The vast majority of nurses do a phenomenal job,’ he said.

He followed Andrew Lansley, the UK Health Secretary, who told them they delivered excellent care ‘999 out of 1,000’ times.

Last year, Pearson set up a ‘Dignity Commission’ with Age UK and the Local Government Association, to understand why poor care happened and make practical suggestions.

An interim report it published in March recommended that staff who failed to treat patients with dignity should be sacked. 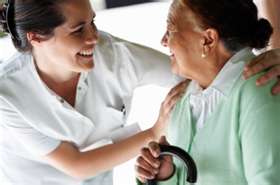 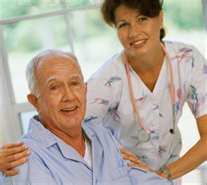