Taiwan ranks among the top countries with the longest working day, based on statistics.

A government study in 2010 found that 80 percent of the big Taiwanese technological companies being investigated violated overtime laws.

Although Taiwan’s labor law mandates that workers should not do more than 46 hours of overtime a month, some could be exempted from this if they agree to it.

“There are laws, but there are problems with the laws being followed. It has to do with the local culture,” said Peng Feng-me, a specialist at the Council of Labor Affairs (CLA).

Based on CLA data, the number of overwork cases is disproportionately low compared to Taiwan’s work force and to similar economies like Japan and South Korea, leading many to believe the problem is under-reported.

The deaths of nearly 50 workers last year were blamed on working more overtime than allowed by law. This figure was as much as four times higher than the previous year, according to the Council of Labor Affairs (CLA).

Working hard is ingrained in Taiwanese society. But recent deaths attributed to overwork are leading people to question the culture for the first time.

Investigators tasked by the government to look into what caused deaths related to overwork found that the victims generally had congenital conditions, especially heart problems. They also had high-risk factors, such as being overweight and being a smoker, which had been aggravated by too much work. Many of them were in their late 20s to 40s.

“We’ve had these cases all along, including migrant workers who died from overwork. But in the past, some people thought it was just a regular heart attack,” said Sun Yu-lian, secretary-general of Taiwan Labor Front.

Many also argue that Taiwan has to work so much to stay competitive.

Lin Bing-bin, who heads a business association, said that working hard in Taiwan is important to economic development.

Trade unions are nearly non-existent or too weak to help pursue financial compensation. Many are also doubtful that the government will severely punish violators.

Mr. Lo from the president’s office said that as Taiwan seeks to “create a knowledge and innovation-based economy”, “working hard will take on a new meaning”. This means that long hours may not necessarily be the norm, but having time to recharge and be more creative should be factored in. 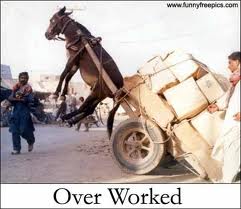