Climate change which is caused by greenhouse gases are likely to result in annual costs of nearly US$ 2 trillion in damage to the oceans by 2100, according to a new Swedish study.

The estimate by the Stockholm Environment Institute is based on the assumption that climate-altering carbon emissions continue their upward spiral without a stop.

Warmer seas which is the effect of climate change will lead to greater acidification and oxygen loss, hitting fisheries and coral reefs, it warns.

Rising sea levels and storms will boost the risk of flood damage, especially around the coastlines of Africa and Asia, it adds.

Projecting forward using a business-as-usual scenario, the Earth’s global temperature will rise by four degrees Celsius (7.2 degrees Fahrenheit) by the end of the century, says the report, ‘Valuing the Ocean.’
On this basis, the cost in 2050 will be US$ 428 billion annually, or 0.25 percent of global domestic product (GDP).

It cautions that these figures do not take into account the bill for small island states swamped by rising seas. Nor do they include the impact of warming on the ocean’s basic processes, such as nutrient recycling, which are essential to life.

“The ocean has always been thought of as the epitome of unconquerable, inexhaustible vastness and variety, but this ‘plenty more fish in the sea’ image may be its worst enemy,” notes the report. 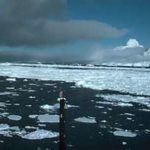