Clark County District Attorney David Roger that under the terms of a plea deal work out with prosecutors, the celebrity heiress, Paris Hilton, 29, will serve a year of probation and avoid a felony conviction.

Paris Hilton has agreed to plead guilty to two misdemeanors stemming from her arrest last month at a Las Vegas resort, a Nevada prosecutor said. She will plead guilty to drug possession and obstructing to an officer.

She was arrested last August 26, at the Wynn resort with a small plastic bag containing 0.8 gram of cocaine, after it fell out from her Chanel purse as she reached for a tube of lip balm in front of a police lieutenant.

With her guilty plea agreement, she must complete a drug abuse program, pay a US $2,000 dollars fine and serve 200 hours of community service. 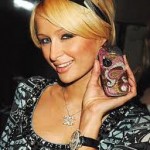