Phil Collins, a former member of rock band Genesis, has been a successful performer for having sold around 100 million albums as a solo artist.

He confirmed his retirement from the music business. According to him, his decision is not of “dodgy reviews”, “bad treatment in the press” or “because I don’t feel loved”.

“I am stopping so I can be a full time father to my two young sons on a daily basis,” he wrote on his website.

Collin has put to rest to a series of “distorted” articles that misconceptionally painted him as “a tormented weirdo”, he added.

He divorced his third wife Orianne Cevey in 2008, where he has two sons Nicolas and Matthew.

His collection of Motown and soul covers, Going Back topped the UK album chart last year.

The singer, a winner of seven Grammy awards was also the recipient of an Academy award for his soundtrack for the Disney animated film Tarzan. 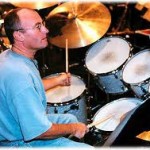