Scientists have already suspected that a poor diet during pregnancy of a mother can result in health problems such as diabetes for her offspring later in life.

They believe that an imbalanced diet of an expectant mother can compromise the long-term functioning of a gene in the child.

The gene, called Hnf4a, is thought to play a role in the development of the pancreas and in insulin production.

Because of the difficulties of testing the theory on pregnant women, they fed rats a protein-deficient diet and found higher rates of type 2 diabetes in the offspring, as expected.

They say rat studies indicate an imbalanced diet in the mother can lead to the “silencing” of a gene linked to insulin production in the child.

The Cambridge study is in Proceedings of the National Academy of Sciences.
Experts said it showed a healthy diet was important during pregnancy. 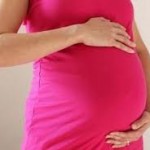