Phil Mickelson drops out of top 10 for the first time since 2004 as Luke Donald stays as world no. 1 in the golf rankings.

Webb Simpson’s sixth-place finish at the Children’s Miracle Network Hospitals Classic in Florida took over the no. 10 spot, dislodging the fellow American to the 11th.

Donald put together the round of a lifetime to win the final event on the U.S Tour and become the first European to finish top of the American money list.

The Englishman will now turn his focus to becoming the first man to win the money list on both sides of the Atlantic in the same season.

The 33 year old top golfer, moreover, has stretched his lead over fellow Englishman Lee Westwood at the top, while Sergio Garcia’s 11-shot victory in the Castello Masters has taken the Spaniard from 49th to 31st.

The world No 1 underlined his status with a 64 to win the final event on the US Tour and the Arnold Palmer Trophy that goes to the man who finishes the season as No 1.

The latest leading positions in the world golf rankings: 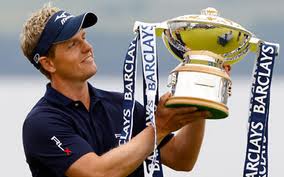