Tiger Woods recent victory at Bay Hill only signifies that he is back to where he really belongs, to be within the range of the winning circle.

‘Fitness problems rather than any mental aspect had been the toughest to deal with,’ according to the former world no. 1. ‘It’s by far the injuries because you can’t practice,’ he said.

‘I haven’t been able to put in the time. I can’t make a swing change and make all of the adaptations we need to make unless I can practice and I had not been able to do that.’

Referring to his recent win at Bay Hill, “It’s nice winning before the Masters, I’ve won here on a few occasions going into Augusta which has always been a good feeling,” said Woods.

The 14 majors title holder won the Arnold Palmer Invitational at Bay Hill by five strokes from Graeme McDowell to lift himself back up to sixth in the world rankings.

Victory at Bay Hill ended a long wait for Woods, although he did win the unofficial Chevron World Challenge in December, and took him to 72 PGA Tour titles.

He needs only one more to match the haul by Jack Nicklaus at Augusta, whose 18 major wins is his primary target.

The fact he could equal Nicklaus’ tally of PGA Tour wins at Augusta, where he has been so successful in the past, is of less significance than winning the tournament itself to Woods.

‘Jack’s had an amazing career and he’s won a bunch of tournaments, but also he’s won more majors than anybody else,’ Woods said.

The 36 year old is keen to be ready in the upcoming the Masters Tournament at Augusta, ‘ I’ve gone into Augusta with wins and without wins. ‘Hopefully everything comes together for that one week. I understand how to play Augusta National and it’s just a matter of executing the game plan.’

Woods believes the work he has been doing with coach Sean Foley has started to come together in recent weeks and winning at Bay Hill finally produced hard evidence of that.

‘This is our progression; we are heading in the same direction,’ he said.

‘I’ve gotten better and that’s the main thing. I’ve been close for a number of tournaments now and it was just a matter of just staying the course and staying patient, keep working on fine-tuning what we’re doing, and here we are,’he added. 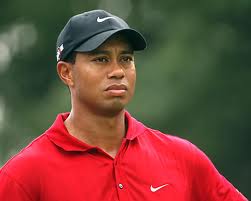