Pippa Middleton has signed a US$ 640,000 (£400,000) publishing deal to write a guide to party planning, which will be released in time for Christmas next year.

The 28-year-old is said to have accepted the offer from publisher Michael Joseph, a division of Penguin, to write a book about being the perfect party hostess.

She is keen for the book to be released next year but is determined that she is not seen to be making money from her closeness to the royal family.

Since then her role as bridesmaid at her sister’s wedding has catapulted her to fame, and she was reportedly the subject of a fierce bidding war between some of the country’s leading publishing houses.

The book will be a guide to being the perfect party hostess. It will include recipes, anecdotes and details of how to throw a range of different types of event.

Ms. Middleton has toured around different publishing houses pitching the book over the last few months. Book executives said that she went down a storm.

Miss Middleton already writes an online magazine for her parents’ Party Pieces firm, and posed for these photographs to promote it two years ago.

The deal is likely to attract criticism that she is cashing in on her royal connections, particularly as she is set to make thousands more from lucrative spin-offs after the book is published next Christmas.

However, Ms. Middleton will wait for the launch of her first book until after the Queen’s Diamond Jubilee celebrations next summer so that she is not seen to be cashing in on her royal connections. 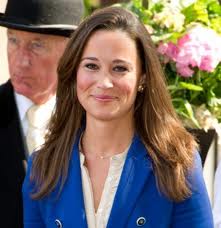