Researchers from the World Agro-forestry Center say poor soil fertility is one of the main hindrance to improving food production in Africa.

He said that despite chemical fertilizers having been on the market for more than half a century, farmers appeared reluctant or unable to buy them.

Hence, there have been a lot of attempts to bring in other types of nutrients from other systems such as livestock and plants.

Although it has been known for centuries that certain plants, such as legumes, ‘fix’ nitrogen in the soil and boost food crop harvests, Dr. Place said that the center’s researchers had been looking to develop a more active management approach such as FTS.

The atmosphere consists of about 80 percent nitrogen, but plants cannot use it in this form.

Certain plants, such as legumes, have bacteria growing in their root hairs that convert it into a form that plants can use.

This form of nitrogen is known as ‘green manure’ and is a nutrient that helps plants, such as food crops, to grow.

However, he acknowledged that there were a number of challenges that had to be addressed in order to maximize harvests.

Another challenge was to provide enough seeds in order to have mass-scale planting. He said that balancing the provision of high-quality seeds with large local engagement was another hurdle that had to be overcome.

But the rewards in improved harvests were noticeable, he added.

Studies have shown that FTS application across Africa harvests are doubling or more in two-thirds of cases.

Where the FTS systems were not delivering such good results, Dr. Place said that scientists were looking to refine current practices and modify them to suit the local conditions. 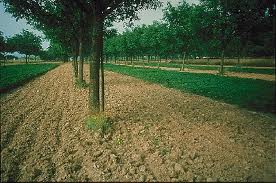