David Mullin, a Tulane microbiologist is collecting manure from giraffes and other exotic ruminants at Audubon Zoo, a few blocks from his laboratory.

Dr. Mullin was looking for microbes capable of breaking down cellulose and converting it to biofuel.

Mullin’s lab machines are gently jiggling a dozen small glass containers filled with cellulose and TU-103, a bacterium he found in the droppings of an African zebra.

To date, his microbe has thrived on cotton waste, a pure cellulose composed of fibers, twigs and seeds; on bagasse, the mulchlike residue of squeezed sugar cane; and on chopped-up copies of newspaper with water added.

Dr. Mullin, is one of many scientists and companies involved in the feverish competition to develop an economically viable biofuel substitute for gasoline.

Making alcohol from sugars is easy, but with biofuels is to start not with sugar but with cellulose, the tough carbon latticework, indigestible to humans, that serves as plants’ armor against predatory pests.

After the cellulose is transformed into sugar, it can be fermented and distilled to make alcohol.

To do the whole job at a cost that makes it possible for a biofuel and to compete with gasoline is not easy.

Processors for decades make ethanol from cornstarch and other sugars, but these are food products. Using them to make ethanol raises the demand for staple commodities like corn and cane sugar, keeping prices high.

Breaking down cellulose is an ‘expensive step,’ according to Harvey Blanch, a chemical engineer who is chief science officer for the Department of Energy’s Joint BioEnergy Institute.

For that reason, some environmentalists are wary of biofuels. Making ethanol from sugars encourages farmers to put vast amounts of land into single-crop production, risking environmental damage from pesticides and fertilizers.

Instead of producing ethanol which is very expensive, Dr. Mullin is switching to the production of butanol, a compound with four carbon atoms and a higher energy kick than two-carbon ethanol.

Unlike ethanol, which is mixed with gasoline, butanol can power automobiles by itself. And because it does not absorb water when transported, as ethanol does, it could use gasoline pipelines, tankers and other fossil fuel infrastructure.

Making butanol straight off, Dr. Mullin wanted a microbe that could do it in the open air, a difficult requirement but it can be cheaper.

Of the 40 cultured strains, Dr. Mullin’s team found at least 14 that made butanol. The team’s plan was to test the strains in turn until they found the one that best matched the desired criteria.

The first sample, from zebra droppings, turned out to produce a ‘monstrous cellulase,’ Dr. Mullin said. The bacterium grew in the open air. And its optimum operating temperature was body temperature, 98 to 99 degrees Fahrenheit, easily achieved and maintained.

Dr. Mullin found the liquid he needed. Now his team are tweaking temperature and broth mixture to minimize fermentation time. They also need to demonstrate that their bacterium can break down wood chips, paper mill waste and other feed stocks. 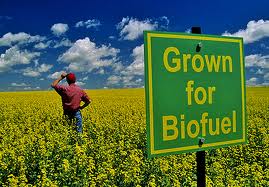