Vegetarians have experienced a much lower risk of metabolic syndrome than non-vegetarians, according to researchers at Loma Linda University in California.

Their findings are based on analysis of more than 700 adults randomly sampled from a long-term study of the lifestyle and health of almost 100,000 Seventh-day Adventist Christians across the United States and Canada.

The study is published in the April issue of the journal Diabetes Care.

The findings will not be affected by other factors such as age, gender, race, physical activity, calories consumed, smoking, and alcohol intake, the researchers say. 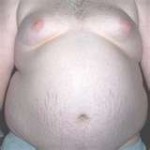