Prince William and Kate Middleton are to make Kensington Palace, the former home of Diana, Princess of Wales, their official London residence.

The Duke and Duchess of Cambridge will have their London base at a ‘small apartment’ at Kensington Palace.

They are supposed to move the place prior to their first official royal engagement, a tour to North America starting later this month.

Their chosen rooms in the palace need some refurbishing and redecorating. After their wedding, they live in Anglesey where William is serving with the RAF, the couple shared living quarters with Prince Harry at Clarence House, the official London residence of the Prince of Wales and the Duchess of Cornwall.

But later the couple realized that they need a space of their own so they are moving to Kensington Palace, which is also home to other members of the Royal family. 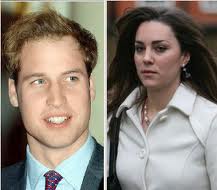