It also affects 37,000 men in the UK causing 10,000 deaths annually. Nearly two thirds are diagnosed in men aged 65 or older, and it is rare before age 40. The average age at the time of diagnosis is about 67.

It is also the second most common cause of cancer death in the United States and Britain after lung cancer.

Research, which has not yet been published, has indicated the standard surgical treatment did not extend the life of cancer sufferers.

The results, reported by the Independent newspaper, are said to have left experts ‘shaken’ after showing the common treatment did not necessarily improve lives.

The standard surgery, known as radical prostatectomy, carries risks including impotence and incontinence.

Thousands of men could have undergone painful surgery to treat prostate cancer for little or no benefit, a study has suggested.

Prostate cancer surgery ‘has no significant survival benefit’, study suggests.
Timothy Wilt, of the Prostate Intervention Versus Observation Trust (PIVOT), began in 1993 with 731 subjects, following them over 12 years to monitor their health.

It compared cancer patients who had their prostate gland removed with those monitored by “watchful waiting”, to establish how their treatment affected survival rates.

It found those who underwent the operation had less than a three per cent better chance of survival than those who had no treatment; a figure which could have arisen by chance.

Many factors, including genetics and diet, have been implicated in the development of prostate cancer. 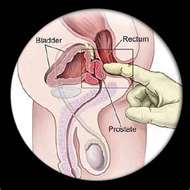