It was a decade ago when he captured his first title on the main tour when he defeated Ramon Delgado 6-4 6-4 in Mallorca.

It was Nadal’s 48th title of his career since then.

The third seed Ferrer had five opportunities to take the opening set but Nadal showed incredible defensive skills in forcing a tie-break.

The top seed saved five set points to take the opener before battling past his fellow Spaniard in a taxing second.

“This is the hardest match I had on clay court this season, David always takes you to the limit,” Nadal revealed as he was interviewed by a Spanish TV.

A grueling match ensued in the second set where Nadal held for 6-5 and then broke to love for a fine victory that improves his head-to-head standings against Ferrer to 14 – 4 in favor of Nadal. 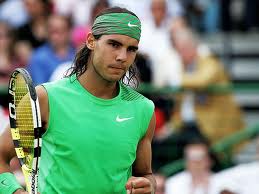