In recognition to Camilla’s ‘personal’ service to the monarchy, Queen Elizabeth awarded her the highest female rank in the Royal Victorian Order, according to Buckingham Palace.

The announcement, which comes on the Duchess and the Prince of Wales’s seventh wedding anniversary, illustrates the Queen’s fondness for her daughter-in-law and will be considered a public endorsement of her important role within the family.

It is the gesture that could finally silence her critics and cement her acceptance by the Royal Family.

It makes the 64-year-old Duchess a Dame Grand Cross in recognition of her commitment to public duties and sees her join an exclusive group of current recipients.

The Duchess has taken on a wide range of patronages and traveled extensively overseas on official visits since marrying the Prince of Wales in a civil ceremony in 2005, eight years after Diana’s death.

Camilla is broadly considered to have transformed public perceptions and is warmly received on visits at home and abroad.

Since her marriage, the Duchess has carried out hundreds of engagements, with and without her husband, acting both as a model consort and a model spokesman for her chosen charities.

Buckingham Palace said Camilla will be invested with the insignia of her rank at a later date.

She also has traveled extensively with the prince on official visits, including a recent tour of Scandinavia with stops in Copenhagen, Stockholm and Oslo.

Lately, Camilla was seen stepping out with the queen and the former Kate Middleton, who married Prince William, for an appearance in London. 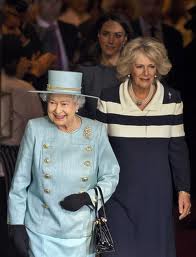