Irish Prime Minister Enda Kenny said the Queen’s visit is ‘the start of a new era between both countries.

Security would be high but she would receive a warm welcome and there would be opportunities for members of the Irish public to meet her, according to Kenney.

The last reigning monarch to visit the country was King George V in 1911, when Ireland was then part of the UK.

The Queen’s visit to Ireland would inevitably be surrounded by security issues but the Garda Siochana were experienced in protecting public figures, according to Home Secretary Theresa May.

Queen Elizabeth will be accompanied by the Duke of Edinburgh on the trip.

Irish Republic’s President, Mary McAleese, invited the Queen to Ireland and who will formally welcome the monarch at her home in Dublin’s Phoenix Park.

The Queen will attend events at Trinity College Dublin, the National War Memorial Gardens in Islandbridge and at Croke Park stadium.

Croke Park is the home of Gaelic football where, in 1920 during the Irish War of Independence, British forces fired into the crowd at a match, killing 14 spectators and players.

There are also plans for the Queen and Prince Philip to visit the Irish National Stud in Kildare, as well as the Rock of Cashel in County Tipperary, and a technology park in Cork.

The Queen is set to make a speech at a state dinner at Dublin Castle.
Home Secretary Theresa May said that the visit of the Queen was a historic moment and was an important stage in marking the relationship between the two countries. 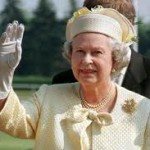