The documentary film entitled, ‘George Harrison: Living In The Material World’ is the work of film director, Martin Scorsese, in which he said, he was drawn to tell Harrison’s story because of the outlook of his lyrics.

The documentary was divided into two parts, first chronicling the Beatles’ rise to fame, then documenting the solo years, when Harrison mixed music with charity work and a career as a movie sponsor.

It was five years in the making for the three-and-a-half hour film when it was pieced together. It has been made possible by Harrison’s widow, Olivia, who had contributed and threw open the family archive of photos, home videos and personal effects, according to Scorsese.

Paul McCartney, who was accompanied by his fiancee Nancy Shevell, said watching the film had been an emotional experience.

Ringo Starr said it was moving that films were still being made about the ‘guitarist’, 10 years after his death.

The documentary will receive a limited cinematic release, before being shown on the BBC in the UK and on HBO in the US. 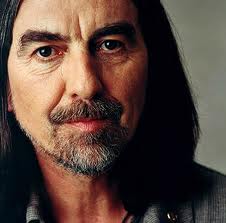