Remains of a woman who they believed serve as the model for Leonardo Da Vinci’s painting Mona Lisa will be excavated by Florence researchers.

They will be doing a facial reconstruction work with the hope that they will prove once for all if Lisa Gherardini was the subject of the Leonardo da Vinci portrait that has mystified viewers around the world.

The painting has long also been known as La Gioconda, linking it to Gherardini’s husband, Francesco del Giocondo, who commissioned da Vinci to paint his wife.

The excavation team will be led by Silvano Vinceti, an art historian where digging will start later this month at a convent in central Florence where Gherardini was buried in 1542, the report says.

The team will use ground-penetration radar to search for forgotten tombs inside the building. If they discover human remains, they will sift through the bones to identify any that are compatible with a woman of Gherardini’s age.

Florence researchers are about to excavate the bones of the woman they believe served as the model for Mona Lisa.

Researchers this time will hunt for Gherardini’s specific tomb at the convent using radar and seeking the remains of a woman in her 60s who died in the mid-1500s, 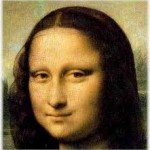