The Swiss star fired down 12 aces and unleashed 53 winners in his quickfire Center Court win.

“It was very windy and the conditions were tough,” said Federer, the holder of a record 16 Grand Slam titles.

The Swiss will try to equal Pete Sampras’s record of seven titles if he ever wins the Wimbledon title this season.

John Isner ensured there would be no repeat of his historic Wimbledon marathon against France’s Nicolas Mahut as the American won their first round rematch 7-6 (7/4), 6-2, 7-6 (8/6).

Isner and Mahut had played the longest match in tennis history, lasting 11 hours and five minutes and spread over three days, when they met at the same stage at Wimbledon 12 months ago. 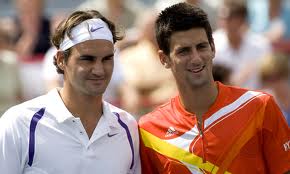