Fans following ‘The Hangover Part 2’ can now have sigh of relief after Warner Bros. settled a lawsuit over a tattoo copyright infringement.

Tattoo artist S. Victor Whitmill from Missouri who created the original tattoo and registered the copyright, sued Warner Bros. last April for featuring in the film the tattoo he created for the former heavyweight champion Mike Tyson.

Though Whitmill’s request for a preliminary injunction was denied by the court he was determined to pursue the lawsuit against the film producer.

Not until recently during an all-day mediation that the case has been settled amicably between the two camps.

With the resolution of the case, Whitmill’s attorney Geoff Gerber has released the following statement: “Warner Bros. and Mr. Whitmill have amicably resolved their dispute. No other information will be provided.”

The movie, ‘The Hangover Part 2’ has since grossed around US$ 500 million dollars worldwide. 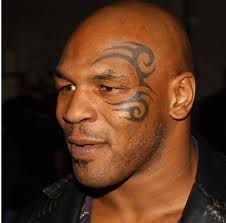