Rory McIlroy won the PGA Tour Honda Classic title and at 22 becomes the youngest player to reach the no. 1 ranking after Tiger Woods.

The 22-year-old from Northern Ireland showed great resolve, dropping only one shot in a final round of 69 for a 12-under-par.

McIlroy withstood a superb final day charge from Tiger Woods who had two eagles in a 62 to share second with fellow American Tom Gillis.

McIlroy, who becomes the 16th number one player to reach the number one position, said: “First and foremost it’s great to win this tournament, it’s got a long history.

“It was tough today especially seeing Tiger make a charge. I knew par golf would probably be good enough and that’s what I was trying to do. My short game felt great all week and definitely saved me a few times today.”

Lee Westwood, who played the first three rounds with Woods, also produced a superb final day display who had five birdies and an eagle in a 63 for fourth place.

Joint halfway leader Justin Rose had reached nine under but found the water at the 15th, the first of the Bear Trap holes, and dropped another shot at the 17th to finish with a 70 and a share of fifth with Charl Schwartzel of South Africa . 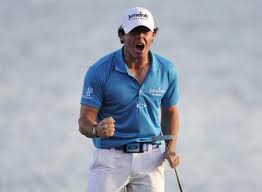 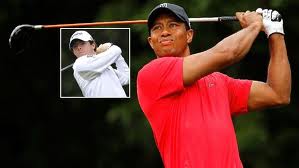