Globally, the United States is the second biggest polluter after China, and yet signs of progress in preventing the emission of greenhouse gases remain elusive.

On the US political arena, skepticism and denial of climate change are as popular as ever, with Republican presidential candidates have championed their doubts about human-caused climate change.

While a binding program in dealing harmful carbon emission has yet to be addressed by the world’s second biggest polluter after China, some signs of progress in the United States have emerged at the state and individual levels.

California, the most populous state in the US has approved rules for a carbon market that would start in 2013, with the goal of cutting emissions to 1990 levels by 2020.

Previous attempts to create a cap and trade system to stem pollution at the federal level have failed due to concerns it would cause skyrocketing energy costs, a particularly bruising prospect in an already wobbly economy.

Despite the confirmation and announcement by a prominent climate skeptic, physicist Richard Muller, director of the Berkeley Earth Surface Temperature Project that mainstream projections of climate change were correct and unbiased based on their recent research funded by conservative billionaire Koch brothers.

The entire nation is still divided on the issue, according to the latest Gallup poll which shows 53 percent of Americans see global warming as a very or somewhat serious threat, down 10 percent from two years earlier.

Muller said he hoped other climate skeptics would agree with his work, but his new found stance, accepted by the vast majority of scientists, remains rogue, particularly among Republicans seeking to replace President Barack Obama in 2012.

Muller told lawmakers, “We confirm that over the last 50 years, temperature has risen 0.9 degrees Celsius, or 1.6 degrees Fahrenheit. This is the same number that of the IPCC (UN Intergovernmental Panel on Climate Change).”

When lawmakers cannot agree that climate change is a problem for which solutions must be sought, gridlock ensues, according to Democratic lawmaker Henry Waxman.

“During this Congress, the Republican-controlled House has voted 21 times to block actions to address climate change,” he said at a hearing this month. “History will look back on this science denial with profound regret.”

“We have got a big problem, domestically, in terms of climate reality,” said Alden Meyer, director of strategy and policy at the Union of Concerned Scientists. 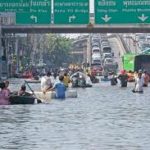 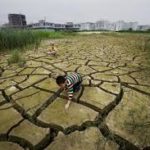