The more glycemic index value of a natural sugar the more it is detrimental not only to the healthy people and dieters but foremost to diabetics because it raises the insulin level requirements of the body to burn the sugar once taken in for consumption and vice versa.

Despite, the availability of coconut sugar in the market, some entities did not stop looking for a much better alternative than what is available.

Now a company, known as Toyota Tsusho Philippines, Inc. has been put up in Sta. Cruz, Davao del Sur, Philippines and is now producing xylose sugar derived from coconut shell.

The technology is not new though, it has been left in the cold for some time, it is for this reason that it has been unknown and widely not available to consumers.

Xylose is a natural sweetener known as wood sugar and it is obtained from the xylan rich portion of hemi-cellulose present in plant cell walls as well as in coconut shells.

Although xylose sugar is already produced in a limited capacity from other sources, this is the first time that xylose sugar is produced from coconut shell and commercially will be available soon to consumers.

The benefits of xylose sugar are enormous. Xylose is safe for use in foods. It contains natural healing agents being anti-bacterial and anti-fungal. It has nil calories and it has a glycemic index of 7, therefore it is excellent for obese, diabetics and dieters.

It is healthy and a toxic free substance that can allow people to enjoy the flavor of sugar without its negative side effects to the body.

Xylitol is the alcohol sugar derived from xylose. It is widely used in Europe and Japan as sweetener and for medicinal purposes since 1960. It was approved by the United States Drug Administration (USFDA) when it was introduce into the U.S..

It is used as an ingredient in the making of toothpaste, chewing gums and mouthwash because it decreases the ability of bacteria to cling to teeth, thus preventing cavities.

It is also used as ingredient in medicine to lower insulin levels and reduce bacteria thrives at nasal cavity, thus reduce effects of allergy and asthma.

The technology used in extracting xylose from coconut shell was developed in South Korea and now it is being applied the first time in the Philippines to produce xylose commercially where coconut shell raw materials are in abundance.

The company has invested US$ 55 million dollars in the manufacture of xylose and initially targeting an annual commercial production of 15,000 tons of xylose per year. 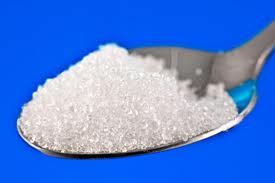 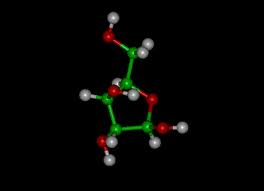