A multinational team of planet hunters tracked down the orb and established that the newly discovered planet was not only the densest planet ever discovered but also that it was made of carbon and crystallized oxygen.

Scientists have announced recently the discovery of the planet in the Milky Way galaxy that appears to be a solid diamond.

One of the densest forms of carbon is diamond, formed under fierce compression (subjected to high pressure and high temperature), leading experts to conclude that the unnamed planet was made of diamond. The planet is too distant to see from earth.

The discovery, using the 64 meter diameter Parkes radio telescope in Australia, was made public in the U.S. Journal Science. German scientists in Bonn were part of the team that interpreted the data.

The planet orbits a newly discovered pulsar or very dense star in the constellation Serpens. Astronomers believe the planet is the remnant of a much bigger star which probably used to be in mutual orbit with other pulsar in a double star system.

Oscillations in the radio signal from the pulsar convinced scientists that it was being orbited at high speed by an object half as big as Jupiter in our own solar system. The orbit time is just two hours and ten minutes.

The planet at 4,000 light years from earth, it is out of human reach for now. One light year is about 10 trillion kilometers (6.2 trillion miles). 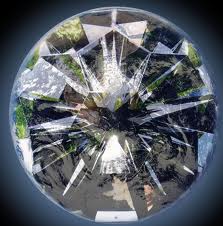 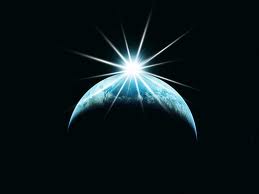