Globally, seals, otters and other species are increasingly infected by parasites and other diseases long common to domesticated animals like goats, cows, cats and dogs, marine mammal experts told a major science conference.

The diseases also increasingly threaten people who utilize the oceans for recreation, work or a source of seafood, scientists told reporters at the annual meeting of the American Association for the Advancement of Science, held this year in this western Canadian city.

According to Trite, director of the Marine Mammal Research Unit at the Fisheries Center at University of British Columbia, the bodies washing ashore are a grim signal.

Parasites, fungi, viruses and bacteria are increasingly passed from land to sea animals because human settlements on coastlines changes water patterns through paving, filling of wetlands that are natural filters, and intensive agriculture run-off, said scientists.

Diseases from large agriculture operations “can cause abortion storms” in sea animals, said Michael Grigg, a US expert in parasites with the National Institutes of Health in Bethesda, Maryland.

Grigg said a virulent new Type X strain in California “is now spreading across the US” and samples have found it in South America and Asia. Grigg noted common strains of Toxoplasma gondii are already common in people, infecting as many as 25 per cent of North Americans and 50 to 70 per cent of adult Europeans.

Changes in disease and frequency in sea animals “could have unrecognized impacts on humans as well,” said Melissa Miller, a veterinarian in California. “We live in the same areas, and harvest and eat many of the same foods.”

The panel said increased surveillance was required to monitor the health implications for humans of parasites and pathogens spreading from land to the marine mammals. 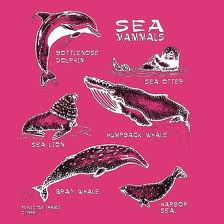