Colombian superstar Shakira, who has long been involved with educational issues in her homeland through her Barefoot Foundation, was appointed to U.S President Barack Obama’s education committee for Hispanics.

The Colombian singer was named a member of the Advisory Commission on Educational Excellence for Hispanics earlier this week and she was officially handed the position during a ceremony at the White House in Washington, D.C. on Thursday, 06 Oct. 2011.

Shakira is humbled to have been appointed to the education committee to share her advice on how to provide the best education for Hispanics living in America.

She admits that she is flattered to have been approached for the role and insists the position is a ‘great honor’ for her.

Speaking at the event, the singer told the audience, “I hope that through my appointment to this commission, I will be able to share what I’ve learned through the 15 years I have been involved in the education of Latino children. I am sure you will agree with me that race and ethnicity shouldn’t be factors in the success of any child.”

“I am extremely passionate about working with the White House to plan an early childhood education summit in the coming year,” she said. 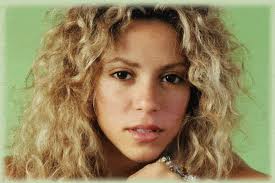