The Asian Green City Index, conducted by the Economist Intelligence Unit and commissioned by the German company Siemens AG, examined the environmental performance of 22 Asian cities in eight categories, including energy, land use, transport, waste, water and air quality.

The urbanization challenge confronting Asian cities is unprecedented, according to Barbara Kux, a Siemens board member and its chief sustainability officer.

Rapidly growing Asian cities did not have the time to develop slowly over centuries as did European cities but had to leapfrog in their development, she added.

According to the study presented in Singapore, the city state scored ‘well above average’ in the overall ranking and was the only city to fall into that category.

Hongkong, Seoul, Taipei and the Japanese cities of Osaka, Tokyo and Yokohama followed with results ‘above average’.

Beijing, Shanghai, Bangkok, Delhi, Jakarta, Guangzhou, Nanjing, Wuhan and Kuala Lumpur were among the cities ranked ‘average’ ahead of ‘below average’ cities, including Hanoi, Manila, Kolkata, Bengaluru and Mumbai followed by bottom placed Karachi with results ‘well below average’.

The study found that Asian cities were lagging behind urban areas in other regions in renewable energy and air pollution. The average levels of air pollution in all the cities studied were substantially higher than World Health Organization (WHO) standards, it said.

Over-all, Singapore was the greenest and most environmentally friendly metropolis in Asia. 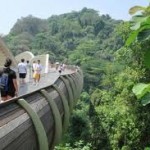 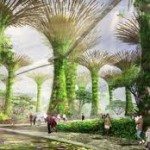 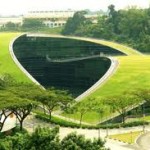