Scottish researchers in 2009, had arranged some women with bladder infections to take one capsule a day filled with cranberry extract.

In that experiment, it has prevented reappearances of infections with almost the same effect using antibiotics. The findings was also expected to help reduce the use and dependence of antibiotics.

In a big in depth study done on the cranberry juice, it was found that the presumed component active compound clearly has no effect at all. Meanwhile, latest study has not yet closed the issue and it may simply mean that the cranberry juice works but by an unknown variable.

For so many years cranberry juice has known to be an effective medium to prevent bladder infections. Scientists have tried to validate the issue by conducting several studies, some done in labs and some in people.

In 1998, a substance presumed to be the active component in the cranberry was identified. Two years back, another study suggested that a cranberry extract containing this substance was almost as effective as an antibiotic.

Cranberry contains over 200 active substances in addition to vitamin C, citric acid and a group of other acids. Previous theory stressed that these acids sterilize the urine by acidifying it but it has not been proven.

It turned out that the urine does not become acidic enough to slow bacterial growth even after the person takes several liters of cranberry juice cocktail.

But researchers have repeatedly shown that the juice does effectively prevent some species of bacteria from adhering to the cells that line the urinary tract.To the extent that urine from both mice and people who consumed modest amounts of cranberry juice also prevented bacterial adherence.

The substance was identified by researchers in 1998 as proanthocyanidin, a chemical related to tannin. The chemical clearly stops the bacteria from plugging into receptors on the urinary tract.

In 2004, researchers in Michigan had set out to do the definitive placebo controlled study. They utilized young, healthy women who had just recovered from bladder infection. Statistics predicted that about 30 percent of them could be expected to get another infection within six months.

Half of the 319 utilized subjects were given half a liter of low calorie cranberry juice cocktail daily. The rest were given a placebo with no cranberry content.

After six months, the women in the placebo group had 23 new infections and those in the cranberry group had 31, a statistically insignificant difference. The juice clearly offered no protection.

The researchers, however, were intrigued by the strikingly low overall recurrence rate of 17 percent, far less than the expected 30 percent. 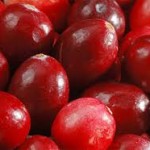 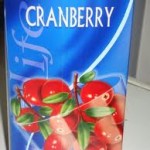