Nick Cannon speaking to host Robin Roberts , who is the husband of Mariah Carey and father to 10-month-old twins Moroccan and Monroe, admitted the recent health drama ‘scared a lot of people’, including himself.

The America’s Got Talent host has just been diagnosed with a lupus-like autoimmune disease which is attacking his kidneys.

As a result, he has now had to adjust his lifestyle and diet, with doctors ordering to get a least six hours sleep a night and cut out fast food.

Nick also explained that his doctor has told him to keep salt intake down and drink plenty of water.

He has to ensure he sleeps for at least six hours a night, saying previously he was getting by on a mere two or three hours.

‘My kidneys were in tip-top shape but I started to feel pain again. And because of my schedule and everything, I had a few blood clots in my lungs which then affected my heart as well,’ he said.

Nick says wife Mariah has been taking good care of him and his twins Moroccan and Monroe are a big inspiration in helping his recovery.

They thought it was just kidney disease and then they were trying to figure out why his immune system was attacking his kidneys and that was sort of the root of it all.

The technical term is lupus nephritis. It’s a rare form of lupus, in explaining his health condition which saw him rushed to a Colorado hospital earlier this year.

Nick has also had to calm his schedule down, leaving his daily New York radio show,’Rollin with Nick Cannon’, so he can spend more time recovering.

He admitted, he was still getting used to taking so much medication, but is also exploring holistic approaches including meditation.

He also had good words for his wife Mariah, 41, who he said was taking great care of him, even calling her Dr. Carey. 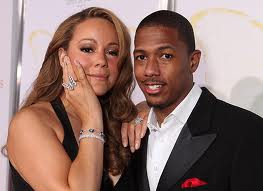