People who slept for fewer than six hours were most likely to experience stroke symptoms such as numbness or weakness down one side of their body, dizziness, loss of vision or a sudden inability to express themselves verbally or in writing.

Less than 6 hours sleep significantly increases risk of a stroke even if you are fit and healthy.

Researchers found that those in middle age who skimped on sleep were more likely to suffer stroke symptoms than those who got at least nine hours of sleep even if they were a healthy weight and with no family history of stroke.

There were more than 5,000 participants between 45 and retirement age, monitored for three years as part of the US study.

The participants were divided into five groups according to how many hours a night they slept. They were asked to report their symptoms every six months.

Scientists at the University of Alabama said the impact of sleep deprivation was a major one, even after taking into account age, weight and other known risks such as high blood pressure.

Co-author Virginia Howard, a professor of epidemiology, said, ‘Many people can have these symptoms and not recognize them as a precursor to having a stroke, and perhaps not even mention them to their doctor.

‘Sleeping habits can exacerbate the potential for these symptoms, which are internationally recognized as putting people at extraordinary risk of subsequent stroke.’

It is already known that sleep apnea, a breathing problem which produces poor quality sleep, is linked to strokes.

Dr. Megan Ruiter, lead author of the study, which will be presented today at the American Association of Sleep Medicine’s annual conference, speculated that lack of sleep could be a precursor to more traditional stroke risk factors.

A study of hundreds of thousands of participants by Warwick University last year also linked lack of sleep to increased incidence of both strokes and heart disease.

But the latest study focuses on the early symptoms of strokes, which are often ignored.

Professor Howard’s team plan to continue monitoring the participants for several more years. She said: ‘It will be very interesting to see what the stroke rate is, and whether early detection may have helped.’ 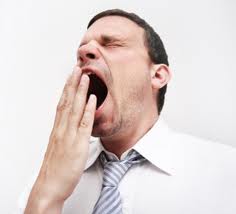