Steven Tyler had said in recent weeks that he would love his band, Aerosmith to play in the American Idol finale.

However, it has not happened because according to Joe Perry the lead guitarist of the group, the band has not received any invitation from the ‘Idol’ producers to perform at the event.

Besides one of their member Brad Whitford, an Aerosmith guitarist was already booked for another gig with the very same schedule of the American Idol finale.

During the finale, American Idol judge Steven Tyler had a chance to perform a classic Aerosmith tune during the season finale of American Idol.

The Aerosmith lead vocalist sang their trademark song ‘Dream On’.Though he was not backed up by his band instead he was backed up by Dean and Robert DeLeo, guitarist and bassist for Stone Temple Pilots.

Steven Tyler is still contractually obligated to American Idol, he has signed a multi-year contract so expect to see the Aerosmith front man back for season eleven alongside Randy Jackson.

Joe Perry have hinted that they were looking forward to playing ‘American Idol’ next season when their new CD is release and they can prepare for a kick-ass show if American Idol will ask them.

The time could be an opportune time for the reunion of the group which has been known marred with misunderstandings over the years. 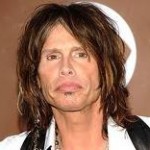