Acrophobia is a morbid fear of great heights but a stress hormone has been found helpful in alleviating it.

The first study in demonstrating the clinical effectiveness of hormones released at periods of high stress in anxiety was carried out by Frank H. Wilhelm, professor from the Department of Clinical Psychology, Psychotherapy and Health Psychology at the University of Salzburg, Austria.

People with acrophobia have formed a so-called fear memory, which could be activated when the fear-causing stimulus occurs. They tend to react with feelings of extreme fear and anxiety to the ride in a glass elevator.

Hence, scientists conducted a confrontation therapy, trying to mask this memory.
The study found hormones and other drugs could be a good addition to behavioral treatment of several anxiety disorders.

A total of 40 experimental subjects had been put in a safe environment to constantly confront the fear-inducing stimulus, until they had a new reaction to the perceived threat.

Additionally, stress hormones were believed to facilitate the storage of new, anxiety-free competence and experienced confidence in the therapy.

Animal studies have shown that this emotional relearning benefits from cortisol, one of the stress hormones. 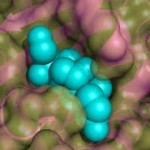