Setting up an e-library and digitization of the Philippine Supreme Court documents are welcome developments for the judiciary to make it more responsive and efficient in meeting the challenge of the changing times now that the technology of the internet is at hand.

The e-Library has a powerful search engine (Dtsearch) which allows its users to retrieve its search in seconds.

The digitization is a joint endeavor by the Supreme Court and the Executive Department’s Presidential Communications Development and Strategic Planning Office (PCDSPO).

Secretary of Communications Ramon Carandang said under the agreement, the PCDSPO will provide the Supreme Court copies of all executive issuances in its possession so it can digitize and put these records up on their e-library. In exchange, the Court will provide the Executive, through the PCDSPO, all the records in the e-library.

The digitization project covers the country’s executive issuances, laws, and jurisprudence. Once completed, the records will be publicly available through the Supreme Court e-library.

Senior Supreme Court Justice Antonio Carpio said, the e-library was launched in 2004 and according to him, it took the e-library almost seven years to complete the digitization of all the jurisprudence and laws.

According to Carpio’s estimate, it will take 6 years to digitize the entire Official Gazette collection, using the same limited resources they have today.

With the digitization in place, Department of Budget and Management Secretary Florencio Abad said that his department is ready to provide budgetary support for transparency and accountability efforts by the Supreme Court, particularly with respect to digitization initiatives across the judiciary.

According to the budget chief one of these suggested initiatives is the creation of an online system that will publish the aging of cases and provide updated information on which sala a particular case is lodged.

By this way according to Abad, anyone can check the status of their cases online and monitor its progress from there, without having to make multiple visits or phone calls to a judge’s office.

In addition, it will be quicker and easier to identify which cases are taking too long to resolve, so that the judicial system can pursue measures to hasten the resolution of long-standing cases.

Abad likewise called on the Supreme Court to develop and maintain a more active and responsive online presence, particularly within its own website, as well as in social networks and other interaction driven media. 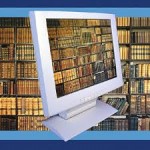