Swift, 22, has won six Grammys, including four last year and two this February, when she was was rewarded for best country solo performance and best country song.

Sources of Swift’s earnings came from a combination of music sales, royalties and touring that earned her a whooping US$ 35.7 million.

Lady Gaga sold 2.8 million albums in the US last year, with 1.1 million copies of Born This Way sold in its first week of release.

Her live earnings dropped, however, after the Monster’s Ball tour wrapped up in May.

Adele, who won a clean sweep of six Grammys in February, has smashed a series of records with her album “21,” which spent 23 weeks at the top of the Billboard charts.

“Adele made a top 10 showing despite vocal cord problems limiting her ability to perform publicly before she was forced to cancel 10 sold-out US dates in the fall,” noted Billboard in its sixth annual Money Makers rankings.

Among the big name musicians that made up on the annual Billboard chart beyond the top ten rankings were: Elton John at 13th, Rod Stewart at 29th and Paul McCartney at 25th place despite playing just six concerts in the US last year. The former member of the Beatles earned an estimated US$ 6.2 million Billboard said.

Justin Bieber, who took time off from US touring in 2011, saw his earnings ranking slip to 35th place with US$ 5.5 million, although he still made number nine on Billboard’s year-end Top Artists chart while Katy Perry was at 14th place. 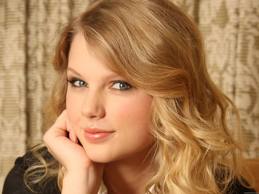